Like many adults who experienced poverty during their childhood, Tony Porter can still remember when he went from "having certain things…like a bike for Christmas" to the household financially going "off the rails."

"It seemed like we were doing well, and if we weren't, I couldn't tell. But then things seemed to change," recalled Porter, now a Bank of Oklahoma consumer area manager for Tulsa. He remembers his dad losing his job and possible hints of drug addiction issues in the family.

Looking back, Porter said he doesn't really think his mother had the financial tools necessary to consider what the family could do, and like others experiencing similar situations, they went on welfare and food stamps.

"I wish that my mom had someone to go to and say, ‘Okay, here's the situation where I am. Please help me to figure out how to keep them [the family] from…financial ruin,'" Porter said.

Today , as a financial services professional, Porter wants to be that person his mother didn't have—someone who can help individuals and families facing difficult financial decisions and give them the tools they need to find financial freedom.

That's one of the reasons he's volunteering for Economic Empowerment Day on June 1, in-person in downtown Tulsa and virtually through a livestream. Porter is giving a talk on managing debt and building savings, which he hopes will provide a "foundation for those who may not have had a formal financial education."

Economic Empowerment Day is just one of many events planned to mark the 100th anniversary of the Tulsa Race Massacre, when a white mob attacked residents, homes and businesses in Tulsa's Greenwood neighborhood—at the time the wealthiest Black community in the U.S.

The massacre has been called the worst incident of racial violence in the nation's history. The mob burned Black-owned businesses to the ground and destroyed 35 square blocks. At least 39 people were killed—some estimates are as high as 300—and more than 800 people were hospitalized.

For Aerika R. Morris, another speaker at Economic Empowerment Day, the event is "truly a somber one overall" because it commemorates the massacre, yet it's also a day of hope. "I hope that everyone in attendance understands their part in the reconciliation and empowerment that must take place in order for us to move forward, stronger," she said.

Morris knows firsthand what hope and empowerment can do for a family. "Two of my grandparents were sharecroppers from Louisiana. My grandfather had a third-grade education, and my grandmother had a sixth-grade education, but they were entrepreneurs. They had their own thriving plumbing company," she recalled.

As a result, her grandparents were able to own a home and business, as well as put all their children through college. They became empowered and took "control of their financial future at a time when it was really uncommon for African Americans to do so," Morris said, adding, "So for me it was natural to become a financial professional to really become engaged in how I could impact others."

Today, Morris is an institutional client advisor for BOK Financial. At Economic Empowerment Day, she'll be participating in a panel discussion about retirement planning and the importance of maximizing health and wealth, with an emphasis on starting to save for retirement early.

Saving for retirement is a key component of building generational wealth, a topic that isn't discussed enough in the Black community, according to TC Alexander, business banking sales manager for BOK Financial. "I think if it were discussed more, we would be, as a people, in a better financial position. It's just something that's not talked about in a lot of homes."

In fact, that's his objective as a presenter at Economic Empowerment Day: to help attendees learn about the ways wealth can be passed onto future generations—activities such as owning a home, saving money, investing more wisely "or that they invest, period," Alexander said.

All of the volunteer speakers said they equated economic empowerment with a form of freedom.

"It means having the power to change your life and to have more control over your life," Alexander said.

In Porter's words, it is "freedom from the stresses that are associated with the lack of money. Freedom to provide the necessities, and freedom to enjoy life," which he said all leads to confidence.

Morris, too, talked about freedom and confidence. "Many people have competing priorities that make it challenging for them to feel confident in what their financial future looks like. There's a lot of peeling back the layers of financial insecurity, which is really, really important."

And all agreed that turning financial insecurity into confidence through empowerment has the power to change someone's life. For Porter, that ability to change the trajectory of someone's life hits home.

"What if I had heard someone like me up on that stage as a kid with my parents who had gone there just to celebrate the Centennial? Would I or could I have taken away some key points or some value that could have changed the trajectory of my life sooner?" he asked.

"I'm not saying I wouldn't have gotten here, but I'm always a believer that if somebody would have explained it to me sooner, then maybe I would have gotten to the end result faster."


Bank of Oklahoma is a proud presenting sponsor of Economic Empowerment Day, including the Black Wealth Street track, which takes place June 1 from 10 a.m. – 2:30 p.m. CDT with options to attend in-person in Tulsa or virtually. The free educational event is focused on narrowing the racial wealth gap and inequality in access to capital. 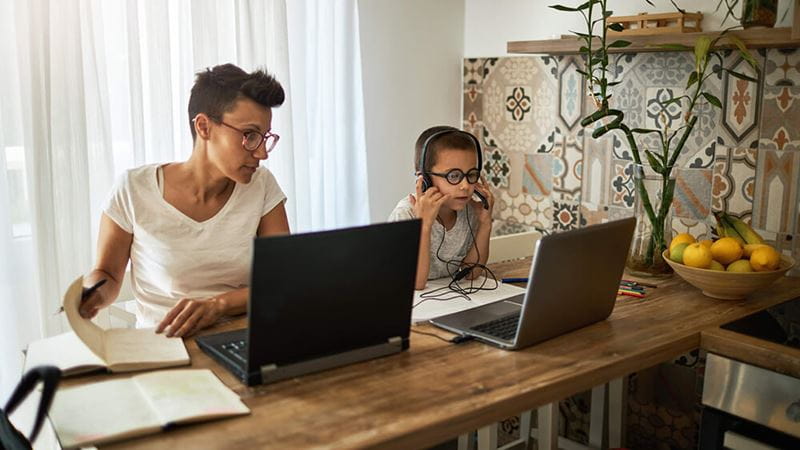 Even as companies tear down gender bias at work, the pandemic forces many women to put their careers on hold.
December 9, 2020 4 min read 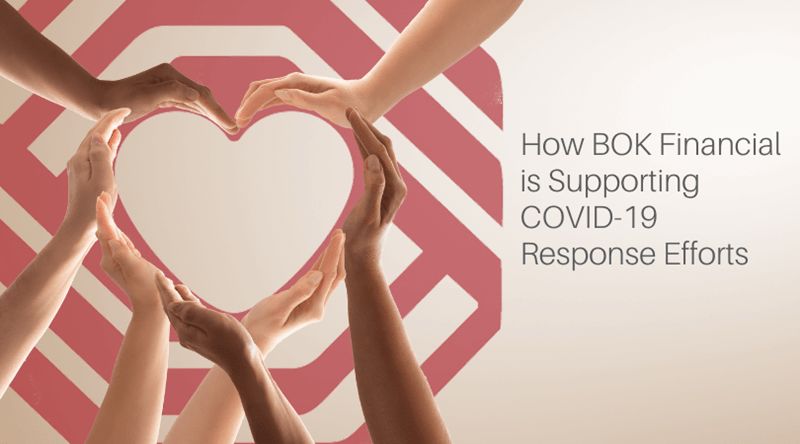