Beginning this month, advance payments expected to lift 5 million children out of poverty

The nation's bold experiment in reducing child poverty is about to begin.

On July 15, eligible parents will receive the first of their advance Child Tax Credit (CTC) payments under the American Rescue Plan Act of 2021. About 39 million U.S. households—encompassing 88% of the nation's children—qualify for the payments, which are expected to lift more than five million children out of poverty this year.

Households can receive up to $3,600 per child under 6 and $3,000 for children between 6 and 17—up from a maximum of $2,000 last year. The act, which expires at the end of this year, is projected to effectively cut child poverty in the United States by more than half, according to the U.S. Department of the Treasury and the Internal Revenue Service.

For families in need, the advance payments of $250 to $300 per month can make a world of difference, providing a steady source of extra income to help pay for expenses like childcare for the next six months.

The increase "recognizes the cost of childcare, raising children and just being a parent," she said.

To qualify for the full credit, taxpayers must have a modified adjusted gross income of $75,000 or less for singles, $112,500 or less for heads of household, or $150,000 or less for married couples filing a joint return and qualified widows and widowers, according to the IRS.

Unlike some other forms of federal and state benefits, the payments have no restrictions on how they can be used, so the choice is up to the parent, Reyes added. "For families that are struggling, this can make a real impact."

The cost of raising children

Being a parent is expensive. The annual cost of raising a child ranges from $9,330 to as much as $23,380, with the average cost increasing by the child's age and the family's income level, according to 2017 data from the U.S. Department of Agriculture.

A middle-income, married couple with a child born in 2015 will spend $233,610, or $284,570 accounting for projected inflation, to raise the child through age 17, excluding a college education, according to the USDA. Housing, at 29%, tops the list of costs, followed by 16% for childcare and education, the agency reports.

A May 2021 Bipartisan Policy Center survey found that 60% of parents with incomes under $50,000 can only afford to spend less than $200 a week on childcare, including 22% who said they cannot afford more than $50 each week. Meanwhile, in 2020 the average childcare cost for one child was $612 a week for a nanny, $340 per week for a childcare or daycare center, and $300 per week for a family care center, according to data collected by Care.com.

As families grapple with the expense of raising children, many are doing so on limited income. There were 10.5 million children—amounting to 14% of children under age 18—living in poverty in the U.S. in 2019, according to statistics from the Pew Research Center's most recently available data. Black and Hispanic children are disproportionately living in poverty, compared to white and Asian children, the data shows.

These are more than just statistics to Reyes, who sees the importance of building financial resilience among families through her work with the Tulsa Financial Empowerment Center, which opened its doors in December 2020. The center offers one-on-one professional financial counseling at no cost to Tulsa residents, regardless of income level.

In less than six months, the center has helped clients reduce nearly $11,000 in debt, save $26,000, increase credit scores and gain access to bank accounts, she said.

Reyes attributes this success to the individualized nature of the advice that clients receive. "It's not a class where everyone is working through various topics. It really is a counselor sitting one-on-one with someone talking through their entire financial kind of history, understanding where they are and their goals, and then working to achieve those milestones," she said.

Unlike the stimulus checks that Americans received during the COVID-19 pandemic, the monthly payments are an advance of the Child Tax Credit that households would normally receive when they file taxes, said Thomas Hay, chief operating officer of Consumer Banking at BOK Financial®.

As a result, they will not have as much of a tax credit to offset their income when they file their 2021 taxes next year, he explained.

Because of this potential effect on their tax status, some eligible families may choose to opt out of all or some of the advance payments through the IRS's Child Tax Credit Update Portal. Families should also go to the IRS website to explore the qualifying criteria and how receiving the advance payments would affect their taxes, Hay recommended.

Eligible families with enough monthly income to meet their basic needs who still want to receive the advance Child Tax Credit payments could consider using the extra income to pay off debt, open a savings account for their child, start or contribute to a college savings plan, or build an emergency fund.

It's also a good opportunity for parents to teach their children about money, which can help set them up for future financial success. It turns out that nearly half of parents aren't having this conversation with their kids.

The pros and cons of each of the options for utilizing the advance CTC payments are somewhat unique to each family, Hay said. "We all have to make financial choices, and where we choose to spend that money is also a choice of where we don't spend that money. I think the biggest potential pitfall is not being thoughtful about how you're spending or saving it."

Information in this article should not be construed as tax advice and is offered for general informational purposes only. 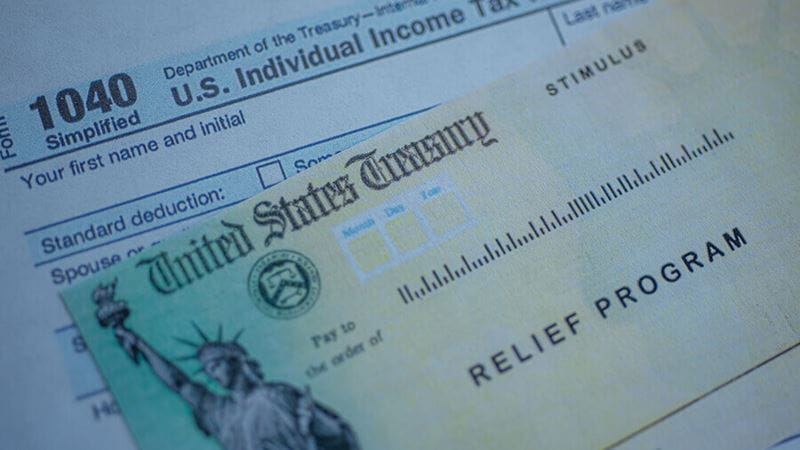 Third stimulus a life raft for many Running the numbers: 6 ways to fine-tune your budget

When income falls—or is at risk—use these tips to modify your spending habits
January 15, 2021 4 min read