Is the healthcare industry immune to inflation?

Healthcare costs are rising, but not being passed on to consumers

After being overwhelmed at the height of the COVID-19 pandemic, the healthcare industry has a new battle to fight: rising inflation.

At first glance, it may seem that healthcare has been one of the few industries to escape rising costs. Prices overall, as measured by the Consumer Price Index (CPI), were up 8.3% in April compared to a year prior. Given that gasoline prices were up 43.6% and used cars and trucks were up 22.7%, the small increases in healthcare costs paled in comparison. Medical care services were up only 3.5% and medical care commodities were up 2.1%—the smallest increases in the CPI, which also includes items such as food, transportation and shelter.

Yet, these small figures don’t mean that the healthcare industry isn’t impacted by inflation, said Robert Dudley, managing director of the hospital and health systems group for BOK Financial®. “Along with the strains of dealing with the pandemic, inflation is a big contributor to why we are seeing the operating margins of providers deteriorating,” he said.

Hospital margins, for instance, were negative in both January and February of this year and were “well below sustainable levels,” according to Kaufman Hall’s March 2022 National Hospital Flash Report.

The decline in COVID-19 cases and hospitalizations is alleviating the strain on hospitals somewhat, but it’s not a panacea, according to the report. Instead, hospital expenses remained high in February compared to previous years because of nationwide labor shortages and global supply chain issues.

The total expense per patient discharge—taking into account standard adjustments for differences in the hospital’s outpatient care volume, case severity and wages—was 10.4% higher in February 2022, compared to February 2021, and 30.7% higher than in February 2020. The labor expense per adjusted discharge was up 15.3% year-over-year versus 2021 and 32% versus February 2020.

However, healthcare providers are not completely passing on these inflated costs to consumers, Dudley said. “Most healthcare providers operate under contractual arrangements with payers that have limited ability to adjust in a time of higher costs. Providers are also contracted with both federal and state government payers, which may have limited capacity to increase reimbursement due to strained budgets.”

The struggle over who will pay these higher costs comes on the heels of the “No Surprises Act,” the Jan. 1 legislation that banned the practice of out-of-network providers sending “balance bills” to consumers. Under the new law, consumers pay no more than they would have paid (up to their in-network deductible and out-of-pocket cost) had the services been provided at an in-network facility by an in-network provider. Since the legislation went into effect, there have already been at least six legal challenges to it filed by physicians and hospitals across the U.S.

Amid all of this, industry capital improvement projects, such as hospital or medical practice renovations, could go on the back burner as interest rates rise, Dudley said. “It will definitely impact the cost of capital for healthcare,” he said.

And it’s not just the hospitals themselves that are feeling the pain, Dudley said. For instance, companies that contract with hospitals and health systems for products and services are being impacted by supply chain issues—and there are not enough workers to unload medical devices and supplies, he said. “I have even heard of labor shortages in commercial laundries that provide linens to the hospitals,” he added.

Although nationwide, some states are experiencing the shortage more acutely than others, according to data compiled by the University of St. Augustine for Health Sciences. For example, Texas has only 9.6 registered nurses (RNs) per 1,000 people, making it only one of four states below 10. The shortage in the Lone Star State is projected to continue, with one forecast predicting that it will have the second-highest shortage in the U.S. by 2030.

To cope with the current shortage, many hospitals turned to travel nurses, particularly during the COVID-19 pandemic. Consequently, the advertised pay rate for travel nurses rose 67% from January 2020 to January 2022.

“As you can imagine, this has caused issues with employed nurses, which has led to turnover and pay increases to keep their employees in place,” Dudley noted. “Hospitals and health systems are under tremendous pressure to maintain their staff.” 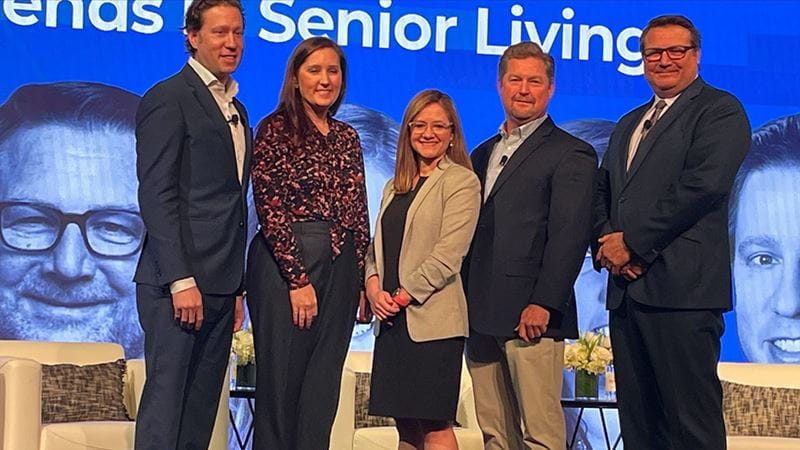 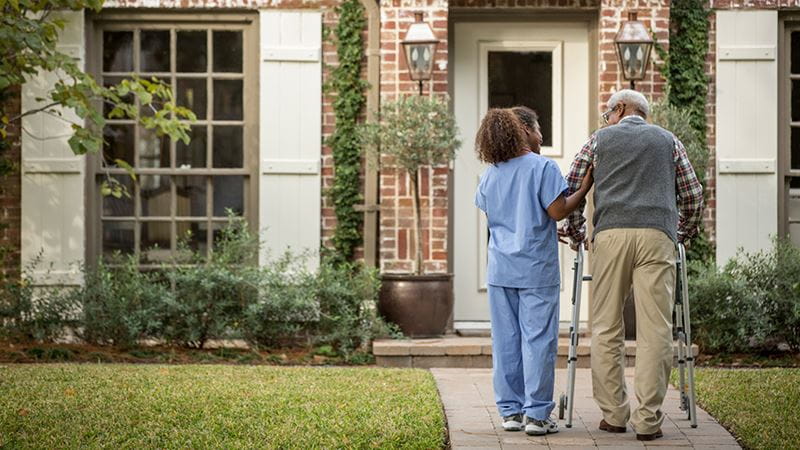 Programs staunched the bleeding; what’s next for healthcare providers?

Government programs infused healthcare providers with liquidity during the pandemic, but it’s unclear if they did enough
July 21, 2021 3 min read