Connor is a volunteer with Food For Thought, a Denver nonprofit that supplies food-insecure students with a weekly "PowerSack," for them and their families. Many local children receive free or reduced-cost breakfast and lunches at school but don't have enough food to eat on the weekends. Realtor Bob Bell founded Food For Thought to bridge the weekend hunger gap.

"It was as simple as hearing the plight of little ones in my own backyard and realizing that the fix was finding a few people who felt the same," said Bell. "From there, it just caught on fire."

Harnessing the passion of volunteers to feed 10,000 children Under the Colfax viaduct, Connor and the other volunteers begin working before the sun comes up, which starts by unloading pallets of food delivered from a local food bank. Next, they set up tables for three giant assembly lines, unwrap the individual food items and organize the items to be stuffed in each PowerSack.

If it's snowy, they shovel. If it's dark, they set up lighting. Nothing stops them from ensuring that local students get enough food to eat to make it through the weekend. The middle-of-the-night set-up crew sets the stage for the packing crew to fill around 3,000 bags every Friday, stuffing 30,000 food items a week.

Once the set-up crew has worked their magic, the packing crew volunteers roll in around 7 a.m. to efficiently pack the bags and send them on their way to the schools for distribution. The morning's second wave of volunteers is greeted each week by rockin' music and way more enthusiasm and passion coming from Bell than the rest of us could muster—all before the sun comes up. Even if early morning is not their thing, everyone is there for one purpose.

"Knowing that some students' last meal is lunch on Friday and they might not eat again until they're back at school on Monday is hard to fathom," said Connor. "Everyone who shows up on a Friday morning understands our goal—feed hungry kids. With that goal in mind, we just get it done. Put an obstacle in front of us, and the Food For Thought family will absolutely find a way around it."

Food for Thought is uniquely 100% volunteer-run. "In order for us to have the greatest impact and serve as many children in our community as possible, it's imperative that we keep every dollar for the purchase of food," Bell said. "We are nothing without our volunteers. Stellar individuals like Brian and companies like BOK Financial truly make everything possible for us."

In 2021, in addition to Connor's weekly service, company employees volunteered on numerous occasions and sponsored Food For Thought's annual Rock-A-Belly fundraiser event. We also underwrote a month-long awareness media campaign to celebrate the critical work the organization is doing to support underserved families. 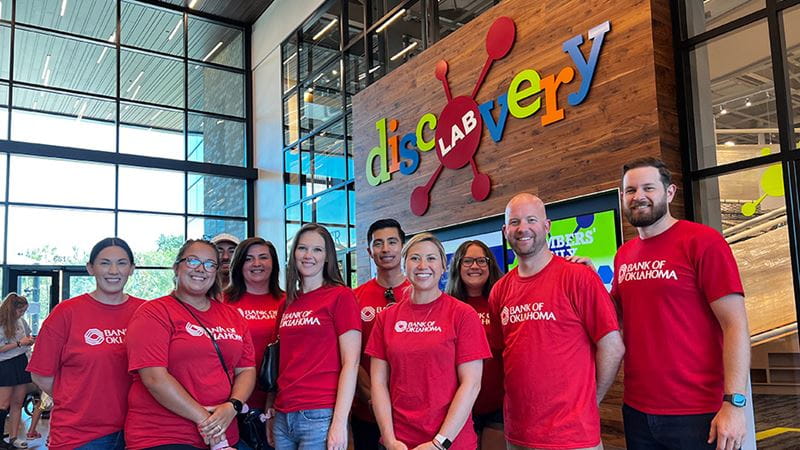 Giving is in our DNA 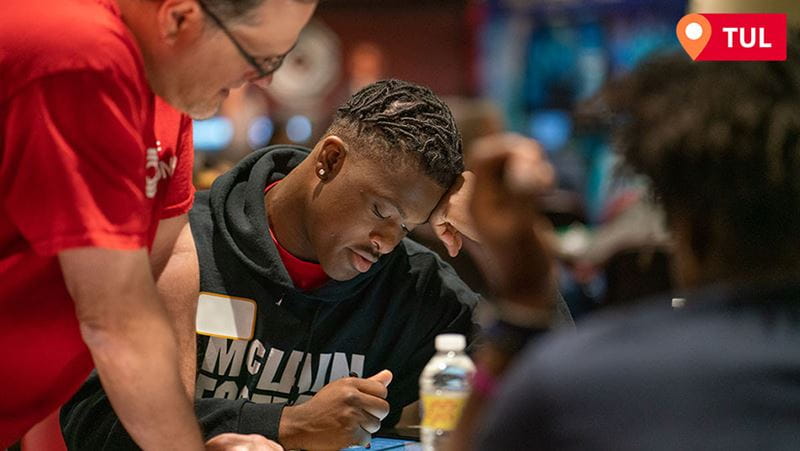 Believing in a powerful future for North Tulsa 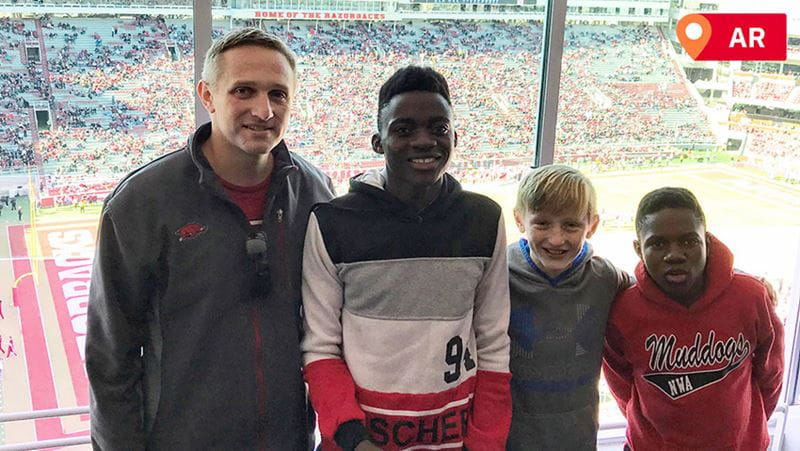