Cybersecurity manager Kris Jackson is an artist and an outlier

Close your eyes. No peeking!

Picture a national financial institution. Do you see it?

Now picture someone who works in the company's information technology (IT) department. Do you have an image in your head?

Does the person you pictured practice yoga, drive four-wheelers and co-own a wedding dress company? No? Because Kris Jackson, manager of cybersecurity at BOK Financial® does.

A bit of a renaissance man, Jackson isn't interested in being pigeonholed by the stereotype of an IT professional—and he sees his differences as strengths in the job.

"Some of what we do in security engineering is very open-ended," said Jackson. "For example, figuring out how to connect two different security systems that could benefit from sharing information, with no straightforward 'this is the best way to do this.' There's a large degree of creative opportunity when considering how to stitch solutions together to make them more impactful than they would be in isolation."

Creating art in 1s and 0s

On any given day, Jackson wakes up at 4 a.m. to work out. Since breaking his back five years ago in a four-wheeling accident, he has been a devoted hot yoga practitioner. When he's not working, exercising or playing with his two children, Jackson helps his wife with her wedding dress business. "My wife is a true artist," Jackson said. "She makes custom wedding dresses, and she is very conceptual. I offer her technical and moral support."

When asked if he was also an artist, Jackson replied, "I would say what I do is a similar disposition—instead of the art being comprised of shapes and colors and lines, it's in 1s and 0s and the interactions of complex systems. There is art there if you have the capacity to appreciate it, and I find creating that sort of art the most fun."

"Kris is an incredibly creative thought partner," BOK Financial Manager of Cloud Services Andrew Rau said. "We have a ton of great design sessions where Kris will head to the whiteboard and help iterate an incredible solution."

"As a security architect, you must be incredibly creative and resourceful," added Lloyd Ganus, enterprise cybersecurity architect at BOK Financial. "Kris is very forward-thinking and is always looking for ways to improve things. I enjoy collaborating with him on designs—he's always very helpful."

Growing up in Tulsa, Jackson's father worked in IT. He and his older brother would play with spare computer parts that his father would bring home from work. "Some of my earliest memories are of coding in MS-DOS," he recalled.

While he had no intention of going into IT, Jackson thinks the early access to computer equipment gave him an advantage in his work, a la Malcolm Gladwell, who believes it takes 10,000 hours of practice to become a true expert in a subject.

"My dad brought home those horrid Macbooks with the orange shell after the schools had gotten rid of them," said Jackson. "We just played on them, seeing what we could and couldn't do—it was so fun. At 5 and 6 years old, we began building significant computer skills. As children, we understood concepts that people struggle to grasp as adults because we had clocked the hours and mastered the foundational skills early."

Love what you do, not do what you love

After a stint in youth ministry, Jackson found his way to a career in IT. "I didn't plan to go into cybersecurity, but I love it now—it's my ideal job," Jackson said. "If I could give any advice, I would say to get passionate about whatever you're doing in life. Be intentional and studious—you never know what doors will open."

Others around him point out Jackson's passion for his work.

"Kris is always willing to help at work. He is a critical thinker and a creative problem solver," said Colin Huntley, senior director of digital solutions and software quality assurance at BOK Financial. "He takes ownership, asks great questions and won't stop until he's finished the work. And he's overall a very thoughtful person to work with."

He is passionate about technology, people and doing the right thing, added Rau. "Kris learns incredibly quickly, and he always takes the time to get informed on a new problem so he can tackle it—even when others don't want to."

Jackson described his leadership style as that of "a workout buddy." The team has strong contributors and they don't need him to manage their work, he said. "I'm here to inspire growth and accountability, reward and recognize, and to show up in the same way I expect from them."

Sharing his knowledge beyond BOK Financial, Jackson recently presented at HashiConf, a global conference for cybersecurity professionals, with Rau. There they shared an operating model they designed to take a modern approach to managing tech while driving efficiencies.

With an artist's sensibility, the mind of a high achiever and the tech experience of an outlier, Jackson works incredibly hard to process large amounts of disparate data, look to the future and always do what's best for BOK Financial and its customers.

"I think of my role as seeing the world not as it is, but how it could be, organizing that into small pieces and helping the team to create it," he said.

Top photo: Kris Jackson teaching the next generation the ins and outs of four wheeling. 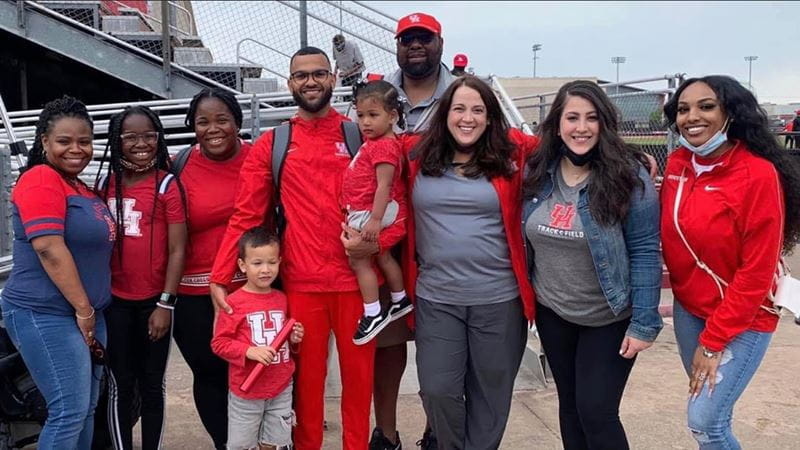 Years of working retail prior to banking taught TC Alexander to prioritize family, self-advocacy and community.
May 5, 2022 7 min read 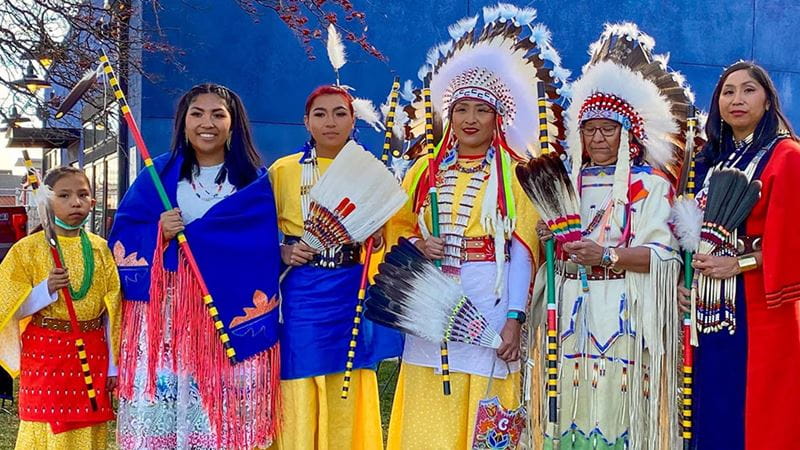