Not if you're trying to lower high inflation. This is the struggle facing the Federal Reserve, which has been raising interest rates since March to try to curb inflation by slowing the economy. Earlier this month, the Federal Open Market Commitment (FOMC) increased the Federal Funds rate by another 75 basis points (three-quarters of a percentage point) to a target of 3.75% to 4%. Another rate change announcement is expected on Dec. 14.

In theory, making it more expensive for businesses and consumers to borrow money should cut down their spending—which, following the economic law of supply and demand, should bring down prices. For businesses, the biggest cost they may need to cut is often labor, said Steve Wyett, BOK Financial® chief investment strategist.

"That's why the Fed is so focused on the labor market. It's because they have some control there, but it's an imprecise control," Wyett explained.

"They're raising interest rates and reducing the size of their balance sheet in an effort to slow the economy. That inevitably is going to raise unemployment a little bit, which is going to reduce consumer spending, which reduces demand and ostensibly then lowers inflation," he continued.

To some extent, raising rates to reduce demand seems to be working: Although inflation was still up 7.7% in October, compared to a year prior,  it was the smallest 12-month increase since January. Meanwhile, the prices of goods such as used cars, furniture and sporting goods are "on a nice downward track," said BOK Financial Chief Investment Officer Brian Henderson.

But the strong labor market has proved to be a difficult nut for the Fed to crack: There were 261,000 new non-farm jobs in October, exceeding expert estimates. The number of job openings increased to 10.7 million as of the last business day of September. Given that the number of people without a job who currently want one totaled 5.7 million in October, that means there are still nearly 1.9 openings per every job seeker. Meanwhile, average hourly earnings ticked slightly higher to $32.58, a 4.7% increase over the past 12 months.

Although this latest employment data may sound positive for job seekers and workers in the short term, experts say that it may mean that interest rates need to go even higher than what's been anticipated in order to combat inflation.

"From the Fed's perspective, 261,000 new jobs tells them that, as much as they have raised interest rates to this point, the impact isn't showing yet," Wyett said. "As far as this goes, it's almost like good news is bad news because, if the employment market stays strong, the Fed may decide it has to raise interest rates even more to try and lower demand to lower inflation."

Some signs of cooling labor market

It's not that the labor market isn't cooling; it is—but not enough yet, Henderson said. "Overall, the employment labor market is still very strong, but the pace of growth is starting to slow."

For instance, although the number of new jobs in October exceeded predictions, it was still far below this year's 407,000 new jobs per month average. The pace of year-over-year growth in hourly earnings is also starting to ease, but at 4.7%, it is still too high to be consistent with the Fed's 2% inflation target, Henderson noted.

The worry is that, even as other problems that are keeping prices elevated resolve, such as global supply chain issues, elevated wages will keep U.S. inflation high. That's because services (such as eating out at restaurants, hotels, air travel, etc.) make up the majority of the U.S. economy.

And so, although rising unemployment is painful, it may be what's necessary to lower inflation. "Until the unemployment rate goes up, wages are going to stay strong and keep service costs high," Henderson explained.

"The labor market has a long way to go before it's rebalanced." 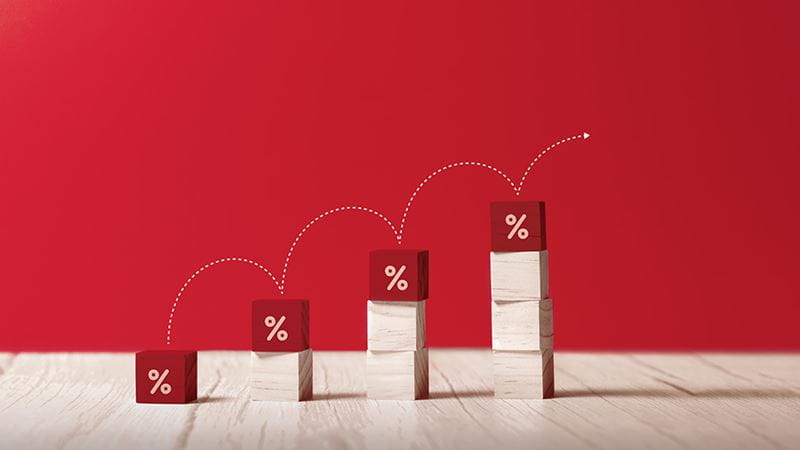