A review of history shows how unusual it is for the S&P 500 to suffer two losing years in a row. Our chart this week goes back to 1970 and offers only two instances of this occurring. If we go back to the 1920s, the number only goes up to four times. So what should we expect as we move into 2023 after a nearly 20% decline in the S&P 500 in 2022?

The decline in the S&P 500 last year was driven by higher inflation which spurred the Federal Reserve to raise interest rates at the fastest pace. Yet as this occurred, corporate profits remained firm and economic growth, as measured by GDP, was accelerating as we closed out the year. In addition, the most significant part of the domestic economy, the U.S. consumer is supported by a robust job market. The latest employment report showed that the headline unemployment rate fell to a cycle low of 3.5%. At the same time, while the Fed slowed their rate increase to 0.50% in Dec., our outlook is for rates to increase an additional 0.75-1% before they pause rate increases. The Fed also continues reducing its balance sheet by $95 billion a month. 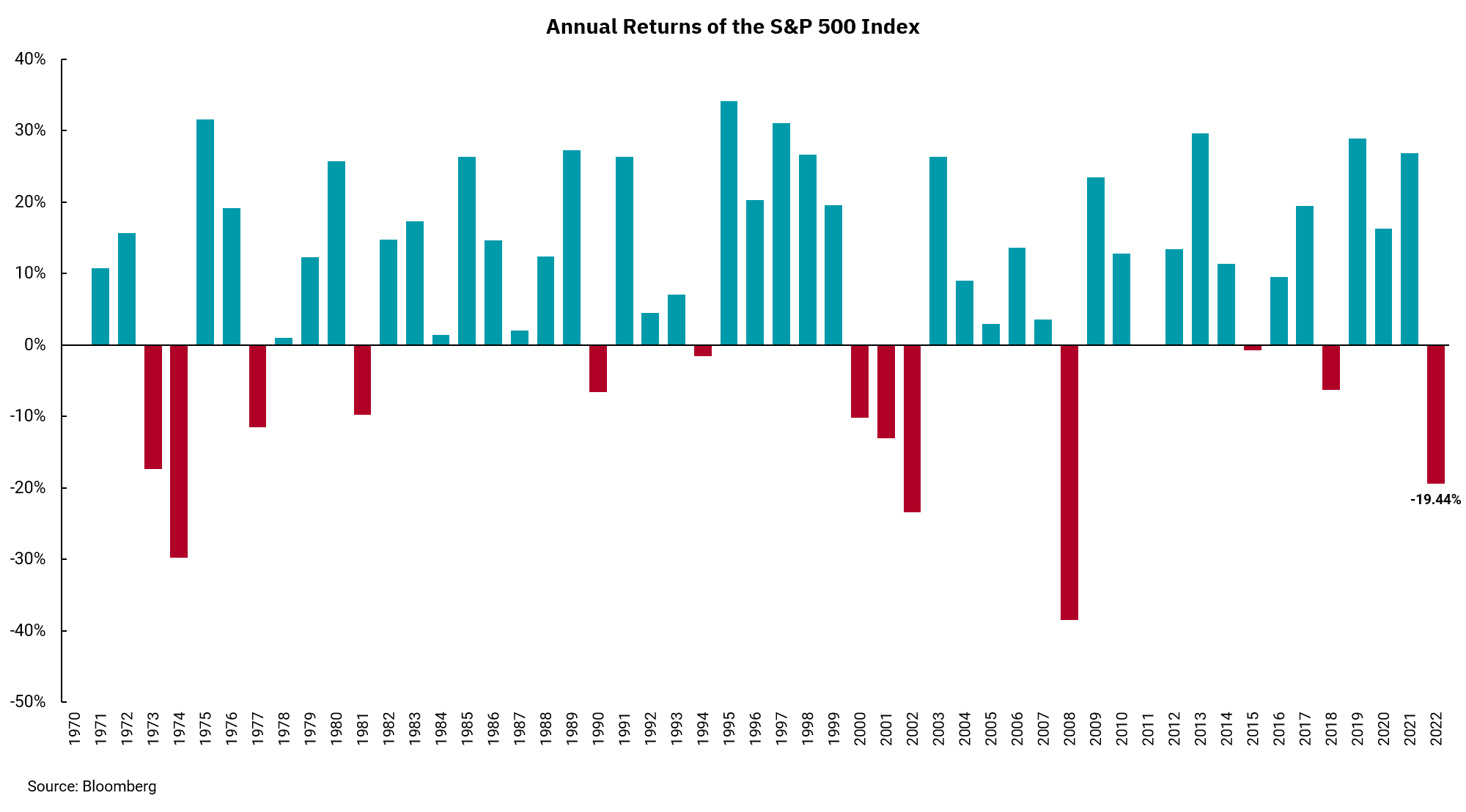 The markets don’t move in calendar year increments, so the caution we feel as we enter 2023 may ease over the coming months. It is common for stocks to experience intra-year declines while still posting positive returns for the year. All this is to say, there are many moving parts to the economy, making forecasting markets very difficult. We are watching inflation measures closely as this will play a key role in how the Fed approaches interest rates. We also know rate increases operate with a lag, so we need to see the impact of the actions already taken on economic growth and profits. Interest-sensitive sectors, such as housing, have already begun to slow, and technological company lay-off announcements have picked up. We would reiterate that a recession is not a foregone conclusion.

Get By the Numbers delivered to your inbox weekly.