The ‘why’ and the ‘how’ behind high prices, the Fed’s rate hikes and more

Americans got some encouraging news in October, when consumer price increases eased to an annual rate of 7.7% in October, compared to 8.2% in September, suggesting that the nation's highest inflation numbers since the 1980s might finally start cooling off.

But even if you unfailingly follow the release of the latest inflation data and other economic indicators, you may wonder about the story behind the numbers.

You may know, for example, that the Federal Reserve has been working to lower inflation by raising the Federal Funds rate and letting the bonds it holds mature and "roll off" its balance sheet. But how do these Fed actions lead to lower prices? How much can the Fed control inflation through monetary policy—and what's out of its reach?

How does the Federal Reserve raising the Federal Funds rate permeate through the U.S. economy to combat inflation? 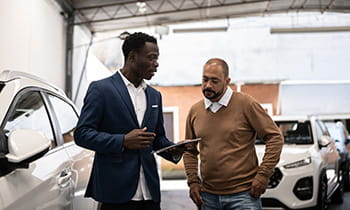 The Federal Funds rate is the interest banks charge each other when they lend money. As this rate rises, borrowing money generally becomes more expensive for everyone and everything—consumers, businesses and even the government—which in turn lowers the demand for using financing to make purchases.

As Henderson explained, "Whether it's to buy a car or a house, if it costs more money to borrow, it slows down demand, and that slower demand then slows the overall economy and eases price pressures."

Based on the economic principles of supply and demand, the price of a good or service should drop if fewer people want to buy it. As it becomes more expensive to finance a car purchase, Henderson noted, the demand for cars—and, in turn, the price of cars—should come down, as has been happening already.

Why are my other day-to-day expenses so high right now?

Once again, it comes down to supply and demand, Henderson said. The COVID-19 pandemic disrupted the global supply chain at the same time consumers were isolating at home and consequently spending more money on goods. That dynamic raised the costs of everything from cars to appliances.

The pandemic also produced a labor shortage, and today there are still more positions open than people to fill them. As a result, companies raised wages to attract and hang onto their workers, then passed those costs on to consumers in the form of higher prices for goods and services.

"The cost of things like going out to a restaurant, air travel, hotels are all highly reliant on wages," Henderson said. "Until wages come down, service costs will stay high."

Let's say you need a haircut. The hair salon you go to has been finding it hard to hire and retain stylists, so they've increased what they pay to attract talent. That higher cost will be passed onto you, so you'll be paying more for the same haircut.

Can the Fed make my grocery bill lower? How about what I pay at the gas pump?

How much the Fed can do for either of those is limited. "The Fed obviously can't affect the supply of food or energy. They can only affect the demand," Henderson said.

And even the Fed's impact on demand is limited. Although consumers will spend less on goods and services in general as the economy slows, food is considered a nondiscretionary purchase; that is, something you need rather than want. So demand for food will be affected less than demand for discretionary items such as subscription entertainment or travel. Gasoline, too, is considered essential for those who need their cars for transportation.

Are there any factors that could keep inflation high despite the Fed's rate increases? 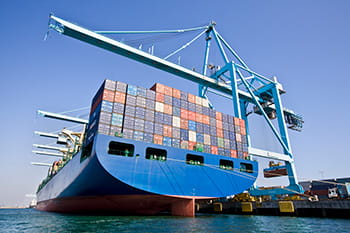 There are multiple factors impacting inflation that are outside of the Fed's reach, Wyett noted. "For example, the war in Ukraine and OPEC+ reducing output could keep food and energy a bigger part of inflation going forward, and the Fed has no control over that," he explained.

China maintaining its zero-COVID policy also may continue to disrupt global supply chains, which could "exacerbate and lengthen" inflation.

Closer to home, the labor market may stay tight, despite the Fed's efforts to slow the economy. For instance, companies may be reluctant to lay off workers because hiring has been so difficult. This reluctance might keep unemployment low and wages high, Wyett explained. If wages stay high, inflation may stay high with it.

Is it possible that inflation won't come down?

"That's what this Fed wants to avoid. They want to make sure that longer-term inflation expectations and current inflation are back toward their 2% target."

Wouldn't an early Fed pivot toward supporting economic growth be a good thing?

No, because it would mean that the economy is doing very poorly and the Fed feels it has no choice but to reverse course, according to Wyett.

"If the economy reacts very badly, we have a very deep recession, GDP goes negative, earnings fall by 25%, and the Fed has to pivot and ease monetary policy—that's a really bad outcome. None of us are going to like it," he said.